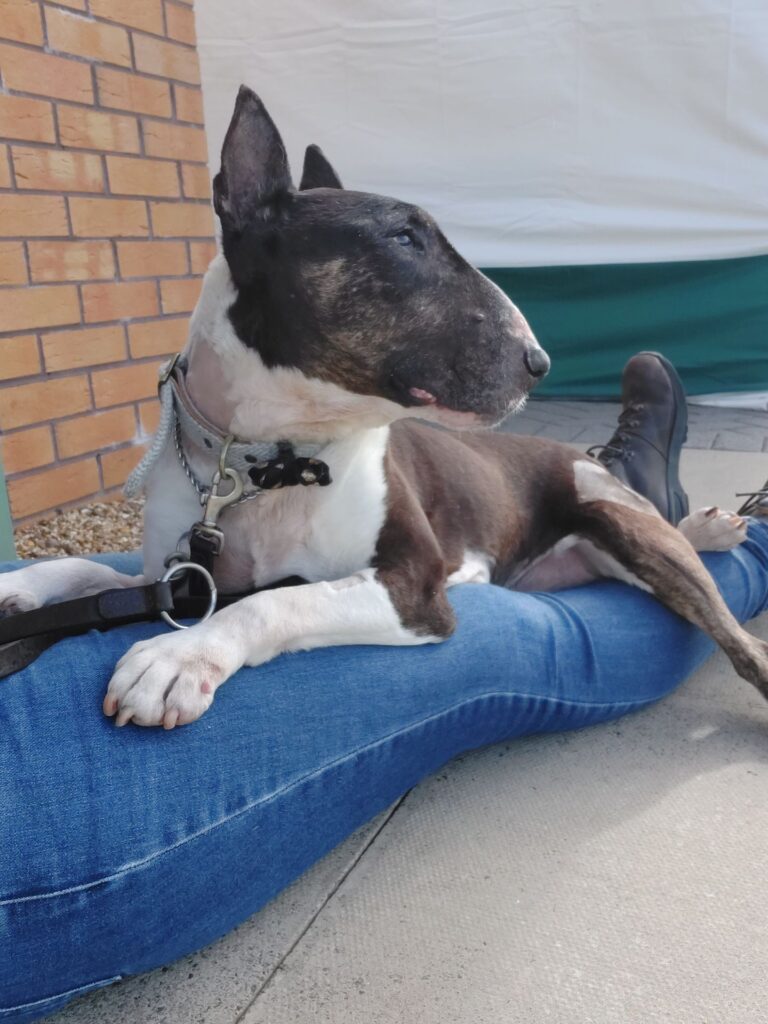 Storm was born in February 2010. She came into BARK after her owner died. Storm had spent 5 days in an outside kennel, in very cold weather, before she was found. Her condition was very poor and she had very bad eyes, ears and a lot of unexplained lumps. Her teeth were very poor.

Storm had a major operation, involving many dozens of stitches, to remove her lumps as well as a proper investigation of her eyes and ears. Unfortunately this operation took over four hours so she was unable to have her dental. She is now almost fully recovered from her previous operation and has had her dental, with just two teeth needing removing and a bit of a polish.

First the bad news. Storm hates all other dogs. We feel it is unlikely she would settle in a home where there were dogs in the next garden unless the fences were solid and there was no chance of her seeing them. Out of sight is out of mind for storm. The fences would need to be 5 feet plus. We would also not rehome her with other types of animals. She could not go to a home where children would be walking her. Storm should not be let off lead in a public place.

The good news is, what a love she is. She loves her cuddles and will plonk her self on your lap at every opportunity. She has to have eye drops twice a day (and this will continue for life) and she is a gem getting them put in. She doesn’t exactly hold her eye open but not far short. She walks well on lead when there are no other distractions around, otherwise she is very very strong. She’s a big solid girl so it would be unwise to place her in a home with younger children, but visiting young children is likely to be no problem, correctly supervised.

As mentioned above she will need eye drops for life. We also bathe her eyes twice a day, which she sits happily for. Unfortunately her once good skin now has an infection which is responding well to treatment and baths which she loves. Her lumps and bumps all came back benign, which was the best news ever.

After her lumps were removed a different dog came back. Her tail rarely stops. She loves her bed and sleeping is her second favourite past time after cuddles.

If you are interested in offering Storm a new home and have taken into consideration her needs and the restrictions we are currently working under with rehoming and feel you could proceed please complete an application form.

Mrs Tiggywinkle has been rehomed

Belle – should be off to her new home shortly.

Tiggy – The next Chapter

Flare – will be off to his new home shortly